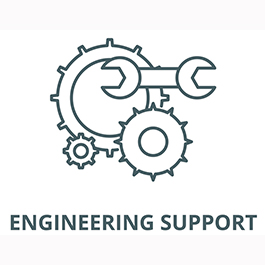 BILL IS NERVOUS ABOUT THE ENGINEERED BIG ONE

PREFACE: This Blog is a continuation of “THE LIFE Of BILL” series. Among the most popular blogs in HMI’ history, Bill was first introduced in the February 2019 HMI blog publication. Readers are encouraged to read the initial blog and also the story of; HOW BILL LEVERED BAD WEATHER TO DOUBLE HIS BUSINESS  in April 2019 and “ BILL – A YEAR LATER GRAPPLING WITH THE VIRUS” in April 2020. A review of these past blogs will provide history and context about the character and his progression in the polyurethane lifting business. First envisioned and created as a method to articulate an average day of someone in the trade, Bill has evolved to an almost real relatable friend to many customers who reference him with a smile when speaking with HMI personnel.

Bill had the business year of his life in 2020. Although other friends in other trades struggled for survival thru the COVID lockdowns, Bill and his son could hardly keep up with the demand. It appears bored homeowners wanted to take the time to repair their home and Bill’s service and process mitigated all the fears of close personal interaction and the need for service providers to come into their home. His revenue increased 35% and he and his son were again contemplating expansion with a third unit and entry into a contiguous market. Caution and conservatism ruled and Bill announced to his son that: 1) “he was nervous about getting good dependable help” and that; 2) “he wanted to phase back a bit personally and concentrate on running the business and estimates.” Bill hired one of his friend’s sons to stage his development as a crew leader. He took advantage of one of HMI’s newest offerings: “HMI UNIVERSITY” and scheduled his new hire for in depth equipment operation and crew management training early this year.

The backlog from 2020 and what appears to be ever increasing demand, has Bill and his son are starting the year at a record pace. Always apprehensive, Bill’s worries about COVID were replaced with worries about the reality of a worldwide shortage of polyurethane. Although HMI had assured him of their ability to supply him, he has experienced some modest price increases in material. This and an ever increasing backlog had Bill pass on the price increases to his customers. Always nervous, Bill was amazed that his price increases were a nonevent. He now wishes he had tested the elasticity of the market sooner and increased his profit margin through 2020.

THE CALL THAT MADE THE YEAR

Bill returned a call from the head of his city’s Public Work’s operation. When Bill first started the business, he followed HMI’s advice and did demonstrations of his capability for multiple city Public Works leaders. He subsequently has successfully done multiple projects for the city and has made a new friend.

Joe from the city explained to Bill that the city had received a large grant to redesign and renovate a landmark park in town. Joe further explained that the first phase of the project was the required repair or replacement of 1000 ft. seawall along the lakefront in the park. Erosion and decay had the city and other engineers apprehensive about the sea walls’ viability and life. Investment in the park was ill advised until the sea wall issues were addressed. Bill had seen several case studies on HMI’s website about utilizing deep foamjection and Fillfoam for seawall repair and shared with Joe he thought that he might be able to help and that he would be back to him within a day. As Bill ended the call he was laughing at himself. He was again nervous. He is not an engineer and with everything going so well why did he want to get involved in a project of this scope?

Within minutes Bill was on the phone with his Account Manager at HMI. He learned that HMI provides engineering support services for projects just like the one he described. He was transferred to Jen Mazur who Bill had met at his initial training and who was now in charge of engineering support for HMI. Bill learned some new vocabulary and was provided with a list of questions and specs he would have to secure from the city. Once the data was collected, the project took on a life of its own. The HMI team participated in all calls with the city engineers and provided specifications for the project. Within a month Bill provided a proposal to the town for a project bigger than the revenue he expected from one of his vans for the entire year. Bill moved from nervous to scared!

Bill won the project. As this blog is being authored Bill’s HMI account manager is driving down his third unit with plans to spend a week with Bill and his son working the Seawall project. Bill has calculated that the project will pay for his van and allow the family to buy THEIR NEW BOAT!

AUTHORS NOTE – The characters and events in this blog are fictitious. Any similarity to real persons is NO coincidence and absolutely intentional by the author. Watch for more about Bill In future blogs as he and his family grow their business beyond expectation.