HMI was contacted by a municipality of a suburb of Chicago who had an arena concourse floor that had been settling with many voids.  The municipality was unsure of the exact size and scope of the repairs so they had contracted a radar mapping company to come in and map the concourse floor to see where the voids and problem areas where most prevalent. HMI was currently in the development stages of a new product called TracFoam that has a dye in the material so it can be detected during radar mapping to ensure material is getting where it needs to be. HMI referred the municipality to RaiseRite Concrete Lifting (HMI’s Contracting Division) to perform a demo using the material to verify the needs of the Arena.

RaiseRite met with the municipality who own the Arena on site to verify the areas they wanted tested out with HMI TracFoam in accordance with the radar map that had been provided by a scanning company.  There was an area in the bathrooms that actually needed to be raised as the floor has been settling for many years along with an area outside of the bathrooms that had voids. The mudjacking process had been tried numerous times on the concourse floor, but due to the weight of the mudjacking material, the floor kept settling so TracFoam, and it lightweight properties, were a perfect fit for the project. 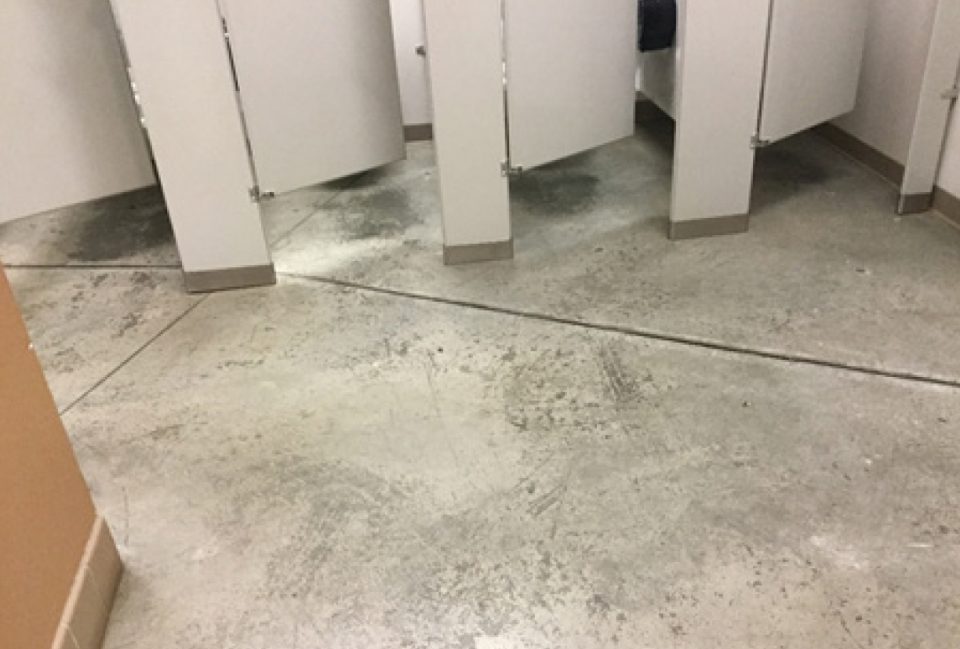 Using the radar map as a guide, RaiseRite began raising the bathroom floor slab that had settled back to its original height and then void filled an area of the concourse using HMI TracFoam.  Three hundred pounds of material where used during the lift and void fill of the arena concourse floor.  After the work was complete, the municipality had the radar mapping company return to map the areas of the floor that TracFoam had been injected under. The bathroom area and the area done outside on the concourse both came up with negative void assessments. Overall, a resounding success for RaiseRite and HMI TracFoam! Standard polyurethane foam if used would have shown up as a void and you could not tell the difference between the foam and a void.  Had we not used Trac foam, we would not have been able to verify the areas that had been filled.  Because the municipality said that they would be analyzing with GPR in the future with other repairs that would be required.  Because of this, it was necessary to be able to identify the difference between foam and a void.